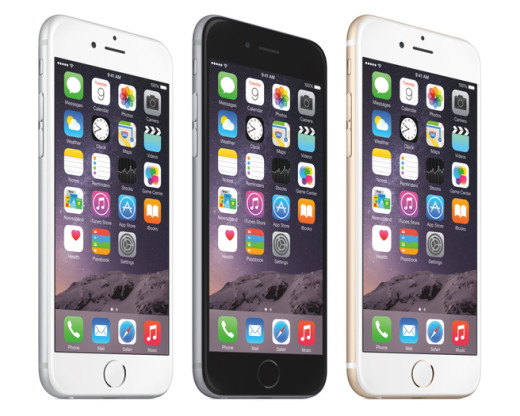 iPhone six has emerged with a whole new level of innovation and there is so much for you to discover and cherish about it. Simply holding the phone will give you a whole new feel. A simple touch will make you realize what you have been missing in phones all these years. The 3D effect of the new iPhone 6S brings a new extent to your enjoyment and of-course the multi-tasking of a phone. This is just one thing to say about this brilliant new version of the iPhones, there is a tremendous upheaval at all levels that you would be glad to know about.

It will not be unjust to call this phone a new generation of the Multi-touch. The world has already been introduced to the multi-touch, making their lives so much uncomplicated but with the new 3D touches of the iPhone 6S, people can now do the tasks that previously seemed impossible. The phone has come with a sensitivity feature, which sense how hard have you pressed the display hence allowing you to perform things with greater ease and speed. You would be amazed to know about the real quick real-time feedback it gives in the form of subtle taps.

Let’s talk about the camera of iPhone 6S and its splendid advancement. The first and the foremost feature that people tends to fall for is the camera of a phone and the new iPhone 6S would surely win the hearts of a mass with its 12-Mega pixel iSight lens which enables you to take thoroughly detailed picture and also make amazing 4K videos, whose resolution will be four times the usual 1080p HD video, a feature worth spending for. The five megapixel face-time camera also allows you take flawless selfie portraits of yourselves.

You can also now relive your perfect moments whenever you want because iPhone 6s presents you with this surprisingly amazing feature of live photos where it captures the moments just before and after you have captured a picture and set them in motion with a simple touch of a finger. This is a feature never introduced in any phone before this and obviously the one you would end up admiring the most.

The design of this new phone has also been improved and made candy to the eye. A new alloy of 7000 series aluminum has been used to make the body of the phone that is extremely resistant and durable. To further add to your astonishment, this is the same grade of aluminum that is also used in the aerospace industry. The glass screen is also the strongest of all the iPhone series till now and added to all this, the rose gold color introduced in this series gives it an exceptionally appealing look. The set, however, is also available in gold and silver. The fingerprint sensor designed for the supreme security of your phone has also been made faster than before, guaranteeing the security of your phone to the maximum.

This and much more is found in this stunning new beauty, living you enthralled and giving you an experience like none before.